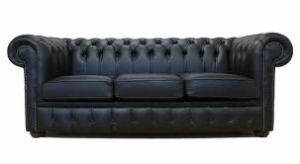 George Osborne has an amazing sofa. I consider it a red letter day if I find a quid down the back of mine, but Osborne manages to comfortably sit on a few hundred million as he relaxes in front of the ten o’clock news.

First he found £250 million to guarantee weekly bin collections for five years, then he produced £800 million to freeze council tax until April 2013 and now he’s found an extra £300 million for childcare funding under Universal Credit. To be fair the childcare funding was probably in his back pocket rather than down the sofa. The Coalition cut the childcare budget by £335 million in April this year and even Osborne can’t be careless enough to let £335 million disappear behind the cushions in just six months. It does beg the question though, which vote winning issue the remaining £35 million will get thrown at…

Ultimately there’s nothing like rubbish to get the hearts of the British people racing. Over the years there have been some choice headlines about bin collections but my personal favourite is the ‘Telegraph View‘ from a few months ago which states that waste removal is ‘the minimal expectation of a civilised society.’

If you know me you might think I’m being unfair by poking fun at those who complain about fortnightly bin collections: I live above what is classed as a ‘commercial premises’ and therefore my rubbish is collected on a daily basis. I think if the council knew that the ground floor flat is classed as ‘commercial’ because it used to be a gay sauna, they might reconsider, but there has to be some compensations for living next to a recycling depot.

Anyway, back to the £250 million; when I read about it my heart started racing too. I thought:

“That’s nearly ten times the Home Office Violence Against Women and Girls budget for the next four years.”

New Philanthropy Capital estimates the annual cost of domestic violence to be £20.06 billion and of sexual violence to be £25.7 billion, therefore £28 million of funding over four years to tackle these issues seems a somewhat underwhelming response.

The problem with tackling violence against women and girls is that it’s not a vote winner, so service providers are unlikely to see the fruits of Osborne’s lounge suite. I’m actually thrilled about the money for childcare, which was achieved by the hard work of some great charities. But the point is that the production of a few hundred million here and a few hundred million there proves just how political the cuts are. It’s cynical that the Coalition can find the money for popular policies, but not the ones that protect the most vulnerable from harm, which is what I consider to be ‘the minimal expectation of a civilised society.’

So, George Osborne, if you give me your sofa I promise I’ll donate it to a good cause.